Grid system is an essential factor for creating responsive web design in the least time. It is a row and column system that lets the designers control the layout of the web page using CSS classes. The system not only helps create attractive and responsive web design but also ensures consistency in the design. Although there are many frameworks that make it easy to build websites, they need to be customized for every project. Moreover, there are plethora of options and inessential features that make the process tiresome. Grid systems come in handy as they include easy to use CSS classes.

Creating CSS files requires the designers to do a lot of calculations for the right width, padding, etc. By using a grid system, you can spare yourself from making any such calculation as the grid systems come with relevant files. Making a website responsive for so many mobile devices and tablets with variations in retina display, is a tough job. The breakpoints require to be explained at exact width of the device being targeted. Breakpoints are defined as points where the content of the website will adjust itself to match the resolution of the target device. A good grid system can help you define better breakpoints.

We have compiled a few grid systems that are lightweight and will make the coding easier for the designers. The guessworks that the web designers perform with the structure are minimized considerably, however, the ability to play with the design layout is not compromised while using grid systems.

It is one of the most preferred grid systems out there because of several reasons most important being, they are open-source and hence, cost-effective option. The framework is ideally suited for front-end development and the designers get a lot of HTML and CSS resources like design templates. Bootstrap also contains JavaScript extensions making it a highly usable grid systems for contemporary website designs. From phones to desktops, it conveniently scales your sites and applications with a single code with the help of CSS Media Queries.

Being a responsive front-end framework, Foundation is perfect for those websites that are designed to target mobile users. It is considered the first grid systems that had introduced semantics, mobile-first approach etc. As it is compatible with all major browsers and devices, Foundation is used by millions of front-end developers as an integral part of their workflow. Depending on what you are building, the designers can choose between three different packages that come with it.

Skeleton is essentially a collection of CSS files that help the web designers create responsive grid layouts in less time. Apart from being a grid systems that assist in creating responsive design, Skeleton is also capable of normalizing the CSS by performing web layout functions like CSS reset. It is basically a development kit that offers the very basic styles as a foundation, but is always prepared to adopt whatever your design or style is. It is among the very lightweight grid systems and it is one of its forte.

As the name suggests, it is quite a simple grid system with only 12-column grid. The CSS class names are easy to remember and a detailed documentation is provided with the grid system. The base width of this grid system is 1140px which is less than the common 1024px and adapts to any screen size. Developed with 100% responsive sites in mind, simple grid helps the developers in building the website that is suited for both mobile and tablet users. If you wish to create a minimalist responsive design, Simple Grid is just for you.

This grid system is ideal for those web designers who focus more on the modern browsers. Mixins and SAAS functions have been used to generate this system and it makes use of inline block and box-sizing properties of CSS. Therefore, this grid system is able to provide cerating attributes to your design layout that is not possible using the conventional float-based layout. Apt for simple responsive layouts, the grid gutter can be kept absolute of the grid cell proportions. Moreover, this grid system allows for a fusion of fixed and fluid units but it might require some sort of customization.

Gridlock lets the web designers take a new approach to responsive design layout. It makes use of screen size-specific class names and column counts that provide designers as well as developers the aim for crafting an experience that completely suits the target device. A truly mobile-first design paradigm is implemented by reversing the logic that drives CSS media queries. The desktop version property of CSS is not applied to the HTML unless required. This results in better loading speed of the websites on mobile browsers. Moreover, it also comes with some faction helper classes.

The advantages of using grid systems are many but the cons are just a few which make it a preferred approach by the web designers who wish to create consistent and stable design layout in less time. Whether you need to build a website with enhanced UX or create complex nested layouts, a good grid system is the key. You can choose among the grid systems that have been mentioned here and depending on your web design needs. 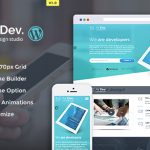 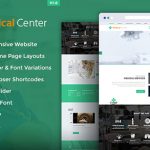 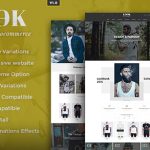 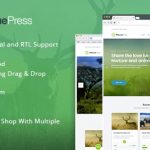 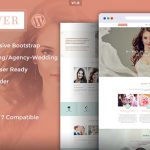