Call it an irony or a prophecy, whenever we need to begin with a project, our inclination goes towards a method which is flexible, scalable, secure and simple. The web industry is no such exception, a developer working on to catering web solutions by developing applications and website would fervently use a functional framework which is both feature-rich and reliable. Along with the framework, an extensive library provides the more options and objects to begin with the process of developing your very own application. Owning these characteristic, React became such a popular name in the programming world.

I, along with my front-end team love to experiment with new things – be it a newly innovated framework, an updated plugin, added tools and everything that fancies us! Some of those became history while others led the development, and few definitely revolutionized my roadmap.

Every now and then, there are changes happening in the front-end world, which somehow bog down the process of learning. It becomes hectic and somewhat impossible to learn all the frameworks (only to get versed with that particular framework, becoming a pro). But who knows the framework you are about to learn is heading to its dead end. So, if you are confused about what to do the next, here is my suggestion to check out React.js. Believe me… This is surely a next big thing coming in the near future. just to get

The two social media giants – Facebook and Instagram collaborated to create a rich JavaScript library known as React. It is developed with an aim to empower developers with an extensive range of features to develop swift User Interface. React can be easily used on a feature of the running project as it can independently work without knowing of its existing technology stack.

Many popular biggies like Facebook, Instagram, Yahoo!, Airbnb, and Sony are among the early adopters of this amazing interface development framework. React is a virtual DOM framework which can be used to create the high-quality interface. Contrarily, React isn™t completely a framework as it doesn™t offer high-quality components available in frameworks like Ember or AngularJS.

If you are looking for some options to create high quality codes, either use a framework along with its guidelines or use libraries to build custom solutions.

Why Not use framework! Avoid using frameworks as they build vendor locks and at the same time are quite difficult to learn, while libraries function closely to the fundamental programming language which makes easier to understand them. And, if you employ a team of developers who aren™t capable of producing well-tested and documented code, then it is far better to use a framework in that case.

Major Aspects Of React – Not To Be Missed

Virtual DOM is one of the most talked and hyped concepts of React. Basically, the virtual DOM is an elemental tree based on JavaScript objects placed copying the DOM tree structure. In case you want to do some change in DOM, the React will use certain different algorithm re-rendering the changed DOM nodes. The algorithm is used to speed up the re-rendering process as DOM operations are generally slow when compared to the JavaScript.

This is an another feather in the cap of performance factor. The objects thus created using React & views can be obtained using Node.js on the server. You don™t actually have to use a different library like in React Native, instead use the same file for the client as well as for the server. It is the best to render a version of static pages that are much faster and search engine friendly. Thus enabling user interface and interactions using React on the client-side.

Glimpses To The Benefits Of Using React

Here are the top convincing reasons why you should consider revamping your GUI in React.js.

React.js builds its very own DOM constituting all the components needed. It provides greater flexibility and functionality as React.js well understands the needs and demand to update DOM, reducing the cost of installing expensive DOM operations to update it.

The major drawback with JavaScript frameworks is that they are not very search engine friendly. Despite of advancements and changes, the search engines are still having problems reading JS-powered applications. On the contrary, React.js can run smoothly on the server, with the virtual DOM displaying exactly like a regular web page.

React.js deploys JSX, a specialized syntax that helps in combining HTML with JavaScript. Though it is not compulsory, but still it is a way lot better to write in this new syntax rather than using the plain JavaScript.

Make sure you have installed official React.js chrome extension before beginning to work on it. This helps in debugging the application easily. Post installing the chrome extension, you can directly see through the virtual DOM structure exactly like it would have been if you have searched it in the elements panel.

You would be happy to know that the brains are nerving this project too. React.js was first developed to serve the commercial purposes of Facebook. But no sooner, the core team behind its development made it available for outer world and that too as an open-source. For now, Facebook makes use of some React.js while the whole of Instagram™s website was built entirely on it.

Here are some key concepts of React, which are essential to be known to all who are planning or have started working on React.

React is all set to bring the concept of reusable components. There are numerous widgets and different other parts of a layout like a button, form, and objects marked with HTML. Each and every component in React uses render() method to display HTML code. Pure JavaScript can be used to write React components, but it™s better to use JSX syntax instead.

JSX is nothing but a JavaScript syntax extension which looks similar to XML and can be mixed with normal JavaScript code. Though it is optional but to make the most benefit out of React, the developers have already integrated JSX syntax. It is quite easy to use as it is a concise syntax used to define tree elements with attributes. JSX is a preprocessor method of JavaScript to add XML syntax. Same like XML, JSX too contains tag name, attributes, and child components.

As discussed above, we know React relies on a one-way data flow. The data flow occurs from parent to child components through attributes. Inside each of the components, you can see values of passed properties Inside the component, you can access the values of the passed properties/ props using the React parlance through the props object. Whenever the values of these change, the React re-render the components on its own to keep the user interface is updated.
Along with these props, every component can also hold its own private data. This private data is called as state. Moreover, the component saves a value inside its state and transfer it to the child component through props, which ensures that with a change in component™s state, the props too change.

Example To Understand React In A Better Way

Now, it™s time to put those concepts and terms into action. Here is a simple example to know how React actually works:
Start the process by creating a newindex.html file with the following code: Hello World with React.

As noticed in the above section, there are four script elements in the codes. The first two lines contain files that have already been discussed, for their function to use React. The third code line will contain the first React component. Like here it is, hello.jsx, while the main.jsx will pace up the application.
The code below is our hello.jsx component:

Using the factory pattern, a new React component is created by using object, React.createClass() method. The result can be seen in the variable named Hello. Further, we have defined a property called render having the function as its value.

As I have already mentioned, render() is used to create objects displaying HTML code from the component. Instead of using a statement like console.log(), alert() ordocument.write(), use return the content to display like Hello, world! in the above picture.

Now, we have created our first very own React component but the process doesn™t end here. It is time to add instructions to the page for using our Hello component. This will be done in the main .jsx file.

This code line gives you a fair chance to mark few concepts at first. Whenever we create a React component, it looks like defining a new tag to use at any point of time. In order to use component, integrate the React.render() method.

Instagram.com is 100% built on React, both public site and internal tools.
Facebook.com˜s commenting interface, business management tools, Lookback video editor, page insights, and most, if not all, new JS development.
Khan Academy uses React for most of the new JS development.
Sberbank, Russia™s number one bank, is built with React.
The New York Times™s 2014 Red Carpet Project is built with React.

I made sure to include all possible details regarding React – its overview, concepts, aspects, benefits, scope and usage. In the beginning itself, the discussion regarding the evolution, performance and existence of React has been profusely done. I hope this post would help you begin your endeavor with React, as a pro.

As discussed above, the amazing features and functions of this interface library are capable of triggering the prospects of web development industry. I hope, like me, you would also give React a try in your next project. 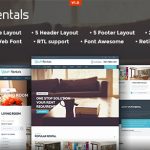 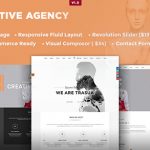 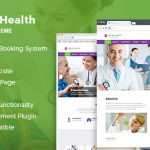 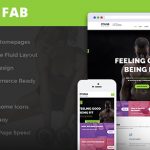